This is a story that I have thought about sharing for a while. It is one that is very important to me and my ability to wake up and breathe in the morning. It is the reason that I know Matthew is still very near.

Last year, very shortly after Matthew died, I was desperately looking for… What? Peace… Answers… Comfort… What I got was Kristen. What she gave me was life saving! Through listening, talking, and guided meditation, Kristen was able to give me what I needed in that moment.

I had known Kristen for some time and was a giant fan of hers already. I had taken a group meditation class with her called Parenting with Peace. I could go on for hours about how wonderful of a teacher and human being that she is. Her kindness, grace and understanding helped me is so many ways as a parent balancing a teenage daughter and a little boy with Autism and Epilepsy (no small feat to say the least ; ). But on this day, she saved me. This was the first day that Mike had met her. He agreed to come with me in an effort to try something that would help us get through the days and I am sure he did it for me more than for himself. At the end of our session, Kristen led us in a guided meditation (which she has a special gift for). After it was done, and we came back into our space, she asked if we wanted to hear what she had seen. Game for anything, we said yes. She gave a small laugh and said that she had seen a cat, a hawk, and the name George. With this, Mike and I looked at each other and thought, ok, a cat. One of Matthew’s favorite stuffed animals was kitty (actually, there were three that he rotated taking with him. There was white kitty, striped kitty - named George, and black kitty). So, that took care of “cat” and “George”. We were a bit stumped on the hawk. With that, time was up and we left.

The next day, we went for a walk together on the greenway. At the beginning, it was not easy to go on these walks. I relived his last seizure with the clarity of being right back in the moment. I still do that sometimes but now it is usually more of a memory than actually reliving it. Again, we were looking for something that we could not put our fingers on. As we headed back to the car, we both agreed that, whatever it was, we hadn’t found it. Out of the corner of my eye, as we started to turn off of the stretch of path where the seizure happened, I saw something move. It was a beaver. While we were watching it, a woman and her young son came up and started telling us all about the park and its wildlife. She pointed up in the trees at a nest where a family of hawks lived. After sharing her information, she walked on and we turned to go noticing that we were standing in the middle of a field full of cat tails! The lightbulb went off in both of our heads at the same time. We said that it was like Matthew got help from Kristen and sent us on a scavenger hunt!

As if our trip to the greenway wasn’t enough to convince us that our sweet boy was playing with us, later that day I had been asked if I had heard about Miss Stacey’s cat. (It was a cat that she had found in a dumpster at a gas station while heading to help out at Matthew’s birthday party. He was known as the gas station cat, Matthew’s cat and the dumpster cat and Miss Stacey took him in. I had seen her a few days before and asked about him. She lovingly said that he was a mess! he was so sick but for a sick cat, her was very healthy. and with her baby on the way, she was worried about what to do with him. Matthew must have known that she needed some help with his cat). It turns out that the cat had died that day. He did always want a kitty!

Since then, the scavenger hunt has gone on. Nearly everyday, my sweet boy leaves me a “scavenger hunt item”. Some are small. Just things that bring him to mind. Some are so obvious that it takes my breath away. Always when I need them the most and usually when I tell him that I need one. Some of my favorites have been reaching in my pocket and finding a pice of tape with a robot face on it that we had to put on his blocks at one point, when he locked me out of the front porch (which he used to do all the time) by a lock that we no longer use, Getting a text from a mother of one of Matthew’s friends at the exact moment that a video of Matthew saying “Hi! I love you” on the bench at the greenway, The fact that EVERY TIME I see or hear from one of Matthew’s team, I hear from another one that day, the butterfly that played with Dori on our walk from on the greenway for 5 minutes then waited for us to walk back and played with her again and let all of the other dogs walk by and the perfect hand print that appeared in the refrigerator outside last month.

My very favorite scavenger hunt item has been finding Matthew’s shoe after looking every time I went to the greenway. I had given up that day and begged him to let me find it. Less than 100 feet away, in the mud, I saw it! He waited for the time that Mike and I were there together and when I REALLY needed it, to show it to me. I jumped off of the bridge and into the mud to grab it with Mike having to pull me back up, where I sat sobbing like a crazy lady clutching a single muddy shoe.

These are just a few of my favorites and these are not coincidences. These things help me to feel connected and to know that while I can not see or touch him, Matthew is never far away. His love and light will be with me always 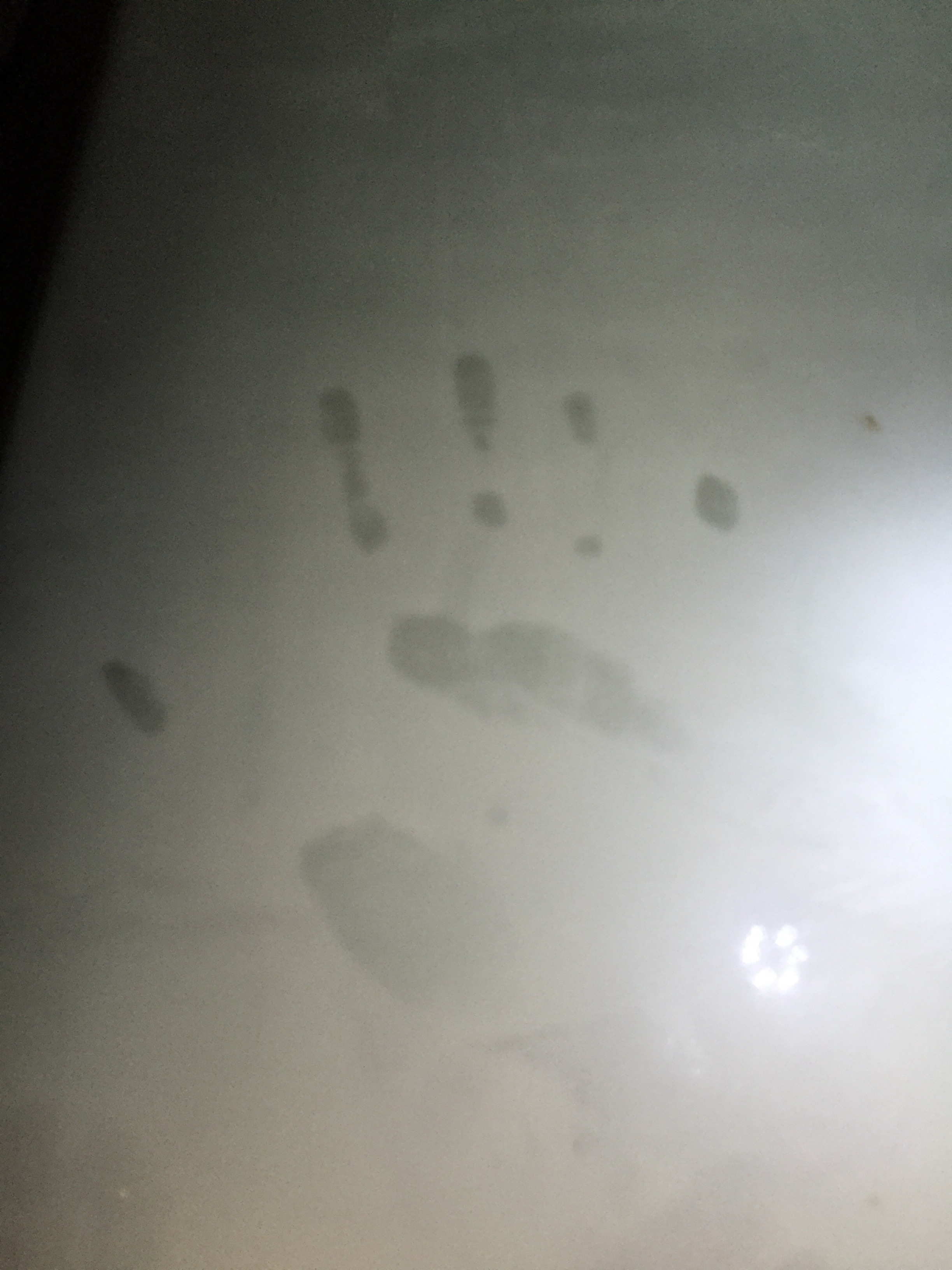 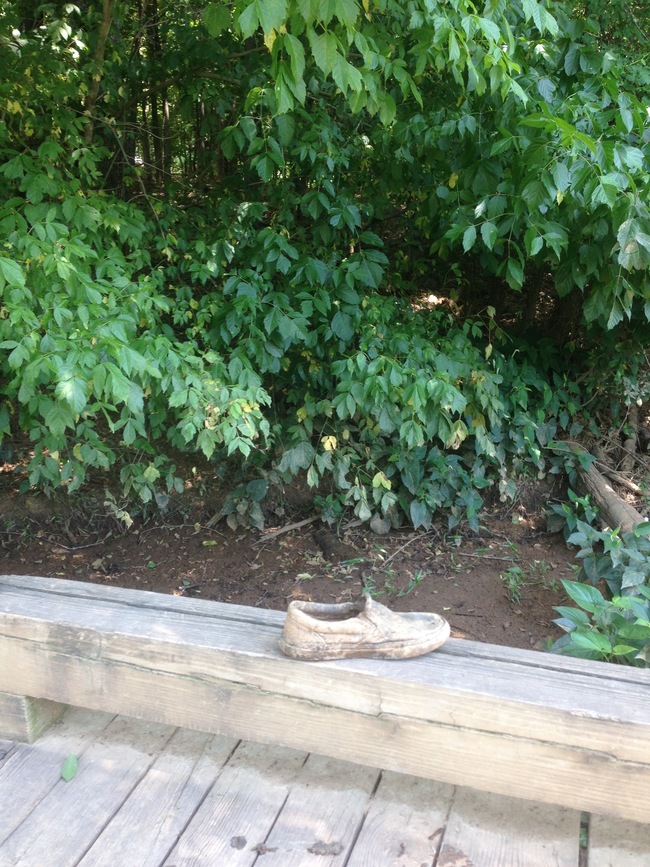 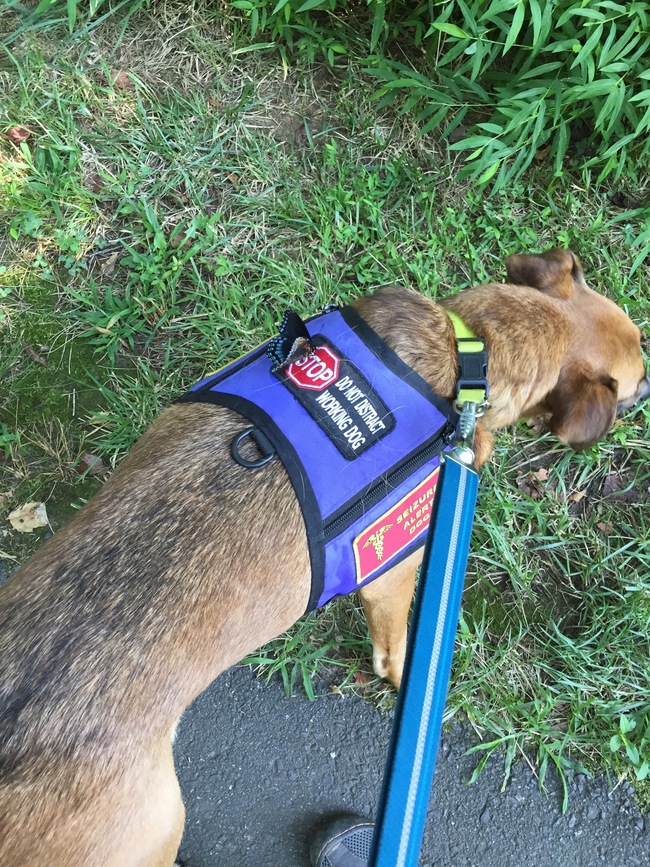 What Matthew Taught Me About: Expectations

Matthew has taught me so many things! I have shared with you, that he taught me that hard work really does pay off. Because he knew that, my brilliant boy learned to snap his fingers like a pro! Another very important thing he taught me... Continue →